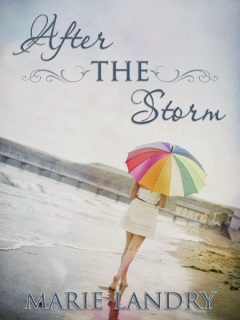 Book Link: Goodreads
Synopsis:For most people, starting senior year at a new high school would be a nightmare, but for Ella O’Dell it’s the new beginning she desperately needs. Two months after her mother’s death, she’s ready to leave behind the rebellious, unhappy person she became when she found out her mom was dying.When Ella meets River Maracle and Sadie Fitzgerald, she begins to learn it’s okay to be herself, even if that means being different. River and Sadie aren’t ashamed of their misfit status—River grew up on a reservation, and his mother is the school counselor; Sadie stands out with her funky homemade clothes, and is a master at ignoring the whispered rumors that have plagued her since the beginning of high school.Ella finds a kindred spirit in Sadie, and something more in River. After almost a year of pretending to be someone she’s not, she finally embraces life and allows herself to have fun without constant guilt. But despite her budding happiness, something is off with her new life. She doesn’t want to dwell on the past, but Angel Island is a small place, and she soon realizes her demons are harder to outrun than she thought…

Waiting For The Storm is available at Amazon, Kobo, Barnes & Noble as well as Smashwords.
Excerpt
Charlotte’s watching me closely. Her gaze is almost like a physical thing, cloaking me in its weight. She pushes back from the table and excuses herself, saying she needs to use the washroom. Dad and Ezra don’t seem to notice that the tone of the evening has shifted; they start talking about some movie that’s coming out in a few weeks. I excuse myself and follow Charlotte to the bathroom.
She’s standing at the row of sinks, staring into the mirror. The sound of the door closing makes her jump, and she meets my eyes in the glass.
“What’s up?” I ask.
She shakes her head. “It’s nothing. I’m just…having a moment.” She laughs, but it sounds tearful.
I walk over to the counter and lean against it, facing her. “Talk to me. What’s going on? What happened out there?”
She blinks rapidly, and I know she’s fighting tears. I pray she doesn’t cry or I’m sure I’ll start, too. “Sometimes I still miss her so much it’s like an actual ache. Right here.” She rubs the knuckles of one hand over her heart. “I’ll be going along, having a great time—like tonight—and then all of a sudden something will remind me of her and it’s like I can’t catch my breath. It doesn’t happen all the time. Usually when I think of her it makes me happy in a sad sort of way. Does that make sense?”
I nod, unable to speak.
She nods too. “So I get this happy-sad feeling, and I can think of all the great times we had together, and it’s fine. But other times…other times, it’s almost like losing her all over again, and it hurts so much I feel like I’m going to implode.”
She grips the counter and I realize she’s shaking. I pull her into my arms, and for a second she shakes even harder, but then she relaxes and starts crying quietly. “I miss her too,” I whisper into her hair, feeling my own tears start to flow.
I don’t know how long we stand there, wrapped around each other and crying. I hardly ever cry, but this is the second time this week I’ve had a meltdown. It’s like I stored up all my tears over the last few months and they’re coming out in a flood now.
Author Bio:

Marie has always been a daydreamer; since early childhood she’s had a passion for words and a desire to create imaginary worlds, so it only seemed natural for her to become a writer. She resides in Ontario, Canada, and most days you can find her writing, reading, blogging about writing and reading, listening to U2, watching copious amounts of TV on DVD, or having grand adventures with her nephews and niece. She’s a hopeless romantic, an unapologetic eavesdropper (occupational hazard), an equally unapologetic squeeing fangirl, and a lover of swoonworthy book and TV characters. For more on Marie and her books please visit http://sweetmarie-83.blogspot.ca. She also loves to chat with fellow book lovers, so feel free to tweet her @SweetMarie any time!
Connect with the author:
Blog
Author Page-Facebook
Goodreads
Twitter

2 thoughts on “Cover Reveal: After The Storm by Marie Landry”