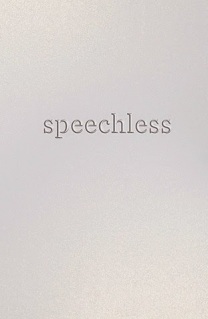 Book Title: Speechless
Author: Hannah Harrington
Published Date: August 28th, 2012
Publisher: Harlequin Teen
Genre: YA Contemporary
Standalone
Book Link: Goodreads
Purchase Links: Amazon, Barnes & Noble, The Book Depository
Synopsis from Goodreads:
Everyone knows that Chelsea Knot can’t keep a secretUntil now. Because the last secret she shared turned her into a social outcast—and nearly got someone killed.Now Chelsea has taken a vow of silence—to learn to keep her mouth shut, and to stop hurting anyone else. And if she thinks keeping secrets is hard, not speaking up when she’s ignored, ridiculed and even attacked is worse.But there’s strength in silence, and in the new friends who are, shockingly, coming her way—people she never noticed before; a boy she might even fall for. If only her new friends can forgive what she’s done. If only she can forgive herself.
Disclaimer: I received this book from Harlequin Teen via Edelweiss in exchange for my honest review.
Review:
This book was very interesting. It was very slow at first and I was wondering if I was going to be really invested in the book. Chelsea was very unlikable for the first 25% of the book. I wasn’t sure why she was like this. But then I remembered how important someone’s image was in high school. As someone who graduated high school ten years ago, I found myself extremely irritated by Chelsea and the other people in her little group.
It wasn’t until she took her vow of silence that I really started to warm up to her. Combined with her burgeoning friendship with Asha and Sam, Dex and Lou and later on, Andy and Noah. She started to realize that yes she was a good person and it was the fact that she spoke up against two popular guys in high school that made her realize that.
“It means I’m not heartless.I’m a decent person. I am.” -Chelsea-
But it was the lessons learned from Noah and Andy that stuck with me the most. They reminded me that hating someone is too easy. It’s easy to hate someone. Anger and hurt are easier things to feel than love. Love takes a shitload of courage and it’s definitely something that I’ve struggled with. When I love someone, I love someone completely and wholly. But it’s hard as hell to let your guard down enough to let someone in. Noah and Andy also worked on forgiving Chelsea as well as the other people involved and that was really important to see and read.
This book also teaches us about friendships and that is another subject I’ve struggled with in my twenties. The idea that friendships can change and evolve and that it’s important to grow and change, but not to the point where you lose yourself. Friendships should mean more than just superficial things.
“Talking about all that stuff is okay in moderation-but friendships should mean something more.”
Speechless, and more specifically, Sam, reminded me that in relationships the couples don’t have to have lots in common in order for it to work. It’s who a person is, both separate and apart, that ties people together. That idea was very hard for Chelsea to understand as she can see the differences between herself and Sam and she was not sure if they were compatible or if they were too different to make it work.
This book crept up on me like a lion creeps up on his prey. Slowly at first and then it took off. From about halfway through the book, I could tell it was going to be a special book and it definitely delivered in a big way. I am so bummed it took me so long to read it, but I’m thrilled that I finally read it. I am giving it 5 stars and I definitely think you should read it.