Hi guys! I know I don’t normally do blog tours, but this book was really personal to me and so I had to do the tour. I hope you enjoy my post as well as Amy’s!

BOOK DETAILS
A Matter of Heart
by Amy Fellner Dominy
Publisher: Delacorte
Release Date: May 2015
BOOK LINKS: Goodreads, Amazon, Barnes & Noble, The Book Depository, iTunes, Kobo
Synopsis:
Readers will happily sink into this emotionally grounded, contemporary young adult novel about the sudden end of one girl’s Olympic swimming dreams and the struggles she endures before realizing there are many things that define who we are.
Sixteen-year-old Abby Lipman is on track to win the state swim championships and qualify for the Olympic trials when a fainting incident at a swim meet leads to the diagnosis of a deadly heart condition. Now Abby is forced to discover who she is without the one thing that’s defined her entire life.
Excerpt
Swimming is who I am.
Winning is what I live for.
No one is going to stop me from becoming the fastest swimmer in the world.
Not my dad.
Not my boyfriend.
Not even my own heart.
My least favorite sport to play in PE
I am horribly uncoordinated, so I really wasn’t a big fan of playing sports in PE class. Anything that required me to run, was something that I didn’t enjoy. Plus I have balance issues along with some other health issues. So I struggled a lot. So I would definitely say anything that required me to run was my least favorite PE sport. Cross country running was hell on me and on my body. Yet I am so insanely competitive that I didn’t “go easy” on myself. I pushed myself.
When it came time to play baseball or soccer or basketball, I hated it too, although it wasn’t as bad as running for me. At least I got to stand, shoot baskets and kick soccer balls. That was actual relief for me and my body.
Believe me, I wish I was more coordinated and had better balance. Thankfully my teen brother has all the athleticism in the world.
Guest Post
I’m not the most athletic person in the world. My marching band director once yelled at me for being so uncoordinated that he told me to stop playing my Clarinet and just focus on moving my feet.  Ouch!  But, like most things I’m told I can’t do, I get stubborn. And I work harder. I ended up being able to march and play my instrument through four years of high school and three years of college. So there, Mr. Band Director!
Anyway, I’ve always loved sports and I’ve always wished I were more talented. I think that’s one of the reasons I really liked writing about Abby. It was one of my dreams to be the best of the best at something. Abby is that. She’s a top swimmer and blue ribbons are the only kind she collects. So while I wrote this book, at least in my imagination, I got to experience what it would be like to swim like a fish.
So, with no further ado, here’s the scoop on me and sports:
TOP FIVE SPORTS LIST
FAVORITE SPORT TO PLAY: Doubles tennis. It’s a lot fun and you get to play with a friend.
FAVORITE SPORT TO WATCH: Men’s tennis. It’s not all about gawking at a bunch of very handsome men, but, um, that might be part of it.
FAVORITE SPORTS TEAM: Oberlin College baseball team. What can I say…my son is one of the starting pitchers. J Go Yeomen!!
FAVORITE SPORT FOR CURSING: Golf. I play every week with my hubby and there’s just something about that retched sport that brings out the potty mouth in me. But, I do love the challenge of golf—one day I’m going to figure the darn thing out.
MY GREATEST SPORTS VICTORY: Abby might beat my pants off in swimming, but there’s one sport where I was once crowned CHAMPION:
Hula hooping.
Yep—I was pretty darn good with a Hula hoop and thank heavens there’s no video of it now!  Though it’s not an Olympic sport yet, I really think it should be, don’t you?

ABOUT THE AUTHOR:
Amy Fellner Dominy worked as a copywriter in the advertising business before leaving to earn her MFA in playwriting. Her plays for adults and children have been staged in various cities around the country. Amy’s novels for teens include OyMG (Walker, 2011) and AUDITION & SUBTRACTION (Walker, 2012.) Amy’s next book is a contemporary YA coming Spring, 2015 from Random House. It’s called A MATTER OF HEART.
AUTHOR LINKS:
Website
Goodreads
Twitter
Facebook 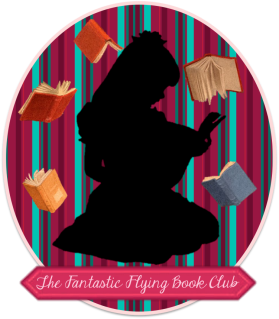 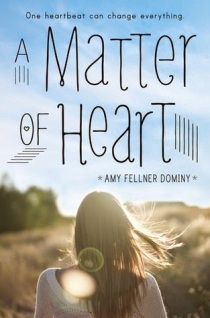 Book Title: A Matter of Heart
Author: Amy Fellner Dominy
Published Date: May 12th, 2015
Publisher: Random House Children’s
Genre: YA Contemporary
Standalone
Book Link: Goodreads
Pre-Order Links: Amazon, Barnes & Noble, The Book Depository
Synopsis from Goodreads:
Readers will happily sink into this emotionally grounded, contemporary young adult novel about the sudden end of one girl’s Olympic swimming dreams and the struggles she endures before realizing there are many things that define who we are.Sixteen-year-old Abby Lipman is on track to win the state swim championships and qualify for the Olympic trials when a fainting incident at a swim meet leads to the diagnosis of a deadly heart condition. Now Abby is forced to discover who she is without the one thing that’s defined her entire life.
Disclaimer: I was given this book by a fellow blogger.
Review:
My feelings about this book are really complex because I’ve had heart problems since birth and so I’ve always known I would never be able to do competitive sports or allow my heart rate to go too high with exertion.
For Abby it’s different. She’s been the picture of health since she was born and now, out of nowhere, she has developed a potentially fatal heart condition called Hypertropic Cardiomyopathy, or HCM. So she definitely struggles with the diagnosis. She struggles with the knowledge that she will not be able to compete at the level she has always competed at. She struggles with the fact that a medication called a beta-blocker must be taken every day to keep her heart rate low.
I know several people had issues with how she handled things and how much she fought her own body. I totally understood it though. She longed to control something that was out of her control. At one point, she chooses to stop taking her medication. That was her way of attempting to assert control over the situation. About ten years ago I began having issues with abnormal heart rhythms and had to stop drinking coffee and eating chocolate and that was tough on me.
Eventually my cardiac team and I realized that my chocolate & coffee consumption did not effect my arrhythmias & that I was still having arrhythmias even when I was not drinking coffee or eating chocolate. I decided to make my own choice in the matter and I felt like it wasn’t a big deal for me to eat chocolate & have coffee. Should Abby have stopped taking her medications? Of course not, but as a teenager who once wanted nothing more than to be normal, I sympathized with her.
Even when she makes the decision to keep swimming at a competitive level despite her doctors warnings, I understood. She didn’t want to quit. She didn’t want to be a failure and she was scared that if she did quit, she would be a failure to her coach and to her father. Her father was the one she was really scared of letting down, and her father wasn’t ready for the dream to be over. I do think her father realized his mistakes by the time the book ended though. He knew he needed to stop pushing her or the worst would happen.
I was so thankful that she had Jen. Jen was her best friend and she seemed to have a good head on her shoulders. As teenagers, friends become more important & influential than parents. I hoped that Jen would be Abby’s voice of reason. Keeping friendships when you have what is often considered an “invisible illness” is so important and often overlooked.
I wanted to string Connor up on a tree. He was beyond repair and I found myself so angry with him. He basically showed that he was terrified of Abby’s heart condition and that was painful to read because I’ve been interested in guys who pretty much wouldn’t touch me when they found out about my heart. So I was pissed that he was too afraid to kiss her or be intimate with her at any level.
I was relieved when that relationship ended because I loved Alec. He was concerned about Abby and Abby’s heart, but he wasn’t afraid to kiss her. He wasn’t afraid of her illness which really made me happy. Alec had his own stressors that centered around swimming just like Abby. He’s got a great sense of humor which was something I didn’t really see in Connor.
“I’ve always had a thing for girls on beta-blockers.”
Alec also reminds Abby of something else. The simple fact that swimming wasn’t always about winning. As children, swimming had been something they had done for fun. Abby still had a chance to remember that and to help the younger kids that she coached, remember that as well. She tells Alec of something she experienced during a near death episode, something that I wasn’t sure she’d ever express.
“Alec, listen to me. When I woke up in the gravel, I though of everything that I’d nearly lost. Everything that mattered. And I never once thought about a medal or the shelf or even a swimming pool. I thought about my parents and Jen. I thought about you.”
I didn’t realize how much of an impact this book had on me until I started writing the review. I think it was a really good book, and I think a big part of me liking it was that I understood where Abby was coming from. I too am very competitive and I cannot say I wouldn’t have done the same thing she did if I got the same diagnosis at her age. Her choices were questionable, but unless you’ve been in a similar position you will not understand her reasons for making these choices. I will be giving it 4 stars, and I will likely pick up a finished copy of this book.