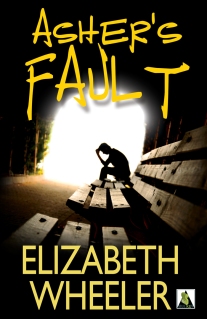 The day fourteen-year-old Asher receives a Minolta camera from his aunt Sharon, he buys the last roll of black-and-white film and takes his first photograph—a picture of a twisted pine tree. He’s so preoccupied with his new hobby he fails to notice his dad’s plan to move out, his increasing alienation from his testosterone-ridden best friend, Levi, and his own budding sexuality. When his little brother drowns at the same moment Asher experiences his first same-sex kiss, he can no longer hide behind the lens of his camera. Asher thinks it’s his fault, but after his brother dies, his father resurfaces along with clues challenging Asher’s black-and-white view of the world. The truth is as twisted as the pine tree in his first photograph.
Disclaimer: I received this e-galley from Netgalley in exchange for my honest review.
Review:
This one caught my eye due to a number of factors. The coming of age concept,the burgeoning sexuality as well as the photography factor.So I was really excited to read this one and for the first two-thirds of it I had some significant emotions come out of me but the last third of the book was such a major disappointment.
Let’s discuss the characters first. Asher was a good kid who had gone through quite a bit in his life and was now having to deal with his parents divorce,the new kid Garrett and his little brother’s eventual death. He does go a little off kilter near the middle of the book but really,who can blame him? His father walked out,his mother is an emotional wreck,his brother Travis is dead and he’s trying to sort out his feelings for Garrett.
Photography is key and it’s Asher’s way of hiding. He hides behind the lens because he is not ready to face the realities of his life.When his brother dies at the exact moment that Asher is experiencing his first same sex kiss,he feels an immense weight of guilt crushing him to the point where he avoids Garrett’s calls.
Levi is Asher’s best friend and they have been friends for a long time but I spent nearly the entire book absolutely hating Levi for the way he treated Asher. I know people are going to say “Well it was the hormones” Please,that is NO excuse. I’m also completely flabbergasted that Levi did not attend the funeral. Really? His best friend’s brother died and he didn’t attend the funeral to provide support to Asher? Levi’s parents went,but not Levi.
Now we go to Asher’s mom Margaret,she was an emotional wreck throughout the entire thing. I still believe that she was being a big time baby over the divorce.I mean really she kept calling Asher’s dad “him” Come on,you were married to the man for a long time and now you carried with you a boat-load of anger.I mean Asher, Travis & their mother even went to the earlier church service to avoid seeing him with his new wife. Now THAT is totally childish.One rule of divorced parents is to never speak ill of the other parent. Asher’s mother definitely failed on that count.
Now I could have done without Asher’s dad and his stepmother but his connection to his dad’s house was important.I do think the author could have achieved the same result through other means though.I did like that Heather attempted to fix the camera after it met an untimely demise.I think she had some redeeming qualities but since Asher was committed to hating her,we never got to see those qualities.
Now I need to go off on a small tangent,there was a lot about God & religion that really made me uncomfortable. I’m an atheist so there were some parts in this book that made me not want to finish this book.Had I known that there was a lot of religion in this book,I would not have requested it on Netgalley.
It was refreshing to see a teenage character who is openly gay. Generally we don’t get to see that. Most teenage characters who are gay,hide their sexuality for fear of being beaten to a pulp.So I liked that Garrett was so happy and confident with himself.I really wish we had gotten to see more of him.I wanted more interaction between him and Asher.
Jennifer & Kayla were okay characters but I wasn’t really invested in either of them. It was obvious to me that Asher was using Jennifer to try and erase those strange feelings he had for Garrett.
And now,for my biggest pet peeve.I wish this book focused more on the LGBT aspect.I liked that it focused a lot on family but since this book was in the LGBT/YA category on Netgalley I was hoping that it would focus more on Asher’s feelings for Garrett. I don’t think those feelings were really explored at all and that was my biggest disappointment with this book.
So this book gets three stars from me. It was a beautiful 5 star book until the last third of the book and that’s when it went down.I also wasn’t satisfied with the ending so that’s another reason why it’s getting the 3 star rating.

~God/Religion~
This is my number one thing. I am an atheist so it would make no sense for me to read a book about a God that I don’t believe in. I am also not religious at all so anything that so much as HINTS at being religious in any capacity does not get a home on my bookshelf.
~Politics~
This one’s easy. I find politics to be boring and I will not read a book that so much as HINTS at it.
~Insta-love/lust~
First of all I am not into that cheesy & corny crap. There is no such thing as insta love. There is such a thing as insta-lust and I wish people would call it that rather than calling it love. You cannot love someone you don’t know and may have never met.
~Bad Author Behavior~
If I hear a story about an author behaving badly to either another author or a blogger like myself,I will NOT pick up their book.To me it would be like rewarding them for behaving badly. No just no.
~Using Sex As The Only Plot Point~
If I have to hear someone say “Well Sex Sells” one more time, I may put my fist through a wall. Yes sex does amp up the book sales but for me if there is nothing else to the story I am going to throw it as far away from my body as possible.Even erotica has to have SOME sort of plot in order for me to read it. If it doesn’t,then I don’t read it. Simple as that.
~Steampunk~
If someone could just explain to me WHAT it is,I’d be greatful. As it is,I don’t get it and don’t understand the appeal.
~Aliens/Zombies/Werewolves & Vampires~
I threw all four of these together because I just don’t get the appeal of any of them. I like a good SciFi book as much as the next person but Aliens? No thank you. I think I’ve seen enough Vampire crap to last me a lifetime. Zombies,um no thank you. There was only one series that I loved a werewolf character and if you are as much of a geek as I am,then you’ll know what I’m talking about.
~Abuse~
Sometimes these stories are done beautifully and they tell the tale of a battered woman escaping from a violent man. But I rarely read them and that’s because usually we are forced to read about the abuse in graphic detail. I will not be okay with that. It’s like abuse is being glorified which makes me sick.
~Cheating~
This is something I don’t accept in my real life.Why should my reading choices be any different.It’s rude,disrespectful and like abuse,it glorifies the act.
~Historical Books~
I hated history in high school,hated it in college so why would I want to read anything with a historical theme? Answer is,I wouldn’t. Historical books of any kind bore the heck outta me and you won’t catch me reading them.Ever.
So what was on your TT list this week? Share your TT link with me so I can stop by if I haven’t already.