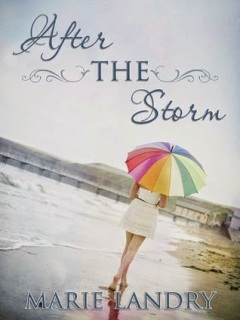 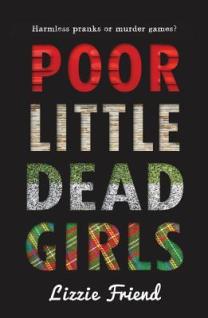 Book: Poor Little Dead Girls
Author: Lizzie Friend
Publish Date: December 18th, 2013
Published By: Merit Press
Genre: YA Mystery/Thriller
Book Link: Goodreads
Pre-Order Link: Amazon
Synopsis (from Goodreads):
Is it a game? Or is it murder?The first time she’s blindfolded and “kidnapped,” Sadie, a brand-new star athlete at a posh boarding school, is terrified. Luckily, it’s all a prank designed to induct her into a powerful secret society that her mom belonged to at Keating Hall. The circle has it all – incredible connections; fabulous parties; and, of course, an in with the brother society’s gorgeous pledges. The instant popularity is enough to make Sadie forget about the little marks on her arm, creepy black robes, and an unfortunate incident that befell a girl on the team years ago. So the next time Sadie is gagged and kidnapped, she’s only slightly annoyed – even though she should be extremely terrified of what’s to come.
Disclaimer: I received an e-ARC of this from Netgalley in exchange for my honest review.
Review:
Initially when I first started reading this the word pretentious was hanging around in my head. However pretty quickly I got sucked into this world that reminded me a lot of a darker version of Dead Poets Society, a 1989 movie that I love so much.All the mystery and intrigue in this book kept me guessing until the very end.Now that is the very thing that I look for in a mystery book.
Sadie has lived with only her father since her mother’s suicide.All this time she has believed her father’s stories and explanations about her mother and her illness. After only a few months at Keating,everything she has been told turns on its head.She is forced to figure out the truth. What really happened to her mother? Did the secret society that lives in the underbelly of both Keating and its brother school Graff, have something to do with May Marlowe’s death?  And what does the mysterious Anna who was the most recent casualty of Keating, have to do with all of this.
I really loved Sadie. She was not like the other girls of Keating.She was an esteemed lacrosse player and unlike the majority of the Keating girls, she was anything but rich. I am sure that’s what attracted her to the secret society initially. The secret society allowed her to appear rich when the opposite was actually true.It also allowed her to feel as though she belonged somewhere which was important to her as she was initially feeling like she didn’t belong at Keating.
I knew there was something up with Thayer almost immediately.I knew that she was probably involved in this group and in the initiation ceremonies as well. Her “boyfriend” Finn was an asshole as was his father Teddy. It wasn’t until the end that we realize exactly how important these two characters actually were.
“Try that again and all you’ll be seeing is the tip of my kneecap in your Cranston family jewels.” -Sadie
Finn was quite handsy with every single girl he seemed to encounter. On multiple occasions he attempted to “get with Sadie” but Sadie never fell for it. I felt horrible for Thayer. She was stuck on this guy who clearly didn’t respect her or any other woman.Near the end,I began to realize that Finn’s reactions and behavior was a facade for what he was really going through.
I loved Jessica so much from the very beginning.I had a feeling that she was one of the good ones and I was so glad that she stuck by Sadie through it all. As for the twins, I knew that there was more to them than met the eye. I had thought for the longest time that they were a part of this secret society and it wasn’t until the end that I got my answer.
Brett and Olivia were two other characters that were moderately important to the storyline. Brett more so than Olivia. I actually wished we had gotten to see more of Olivia than we did.
I adored Jeremy,he was a good guy,who like Sadie, got caught up in all this secret society stuff. When he realized the dangers of it,instead of simply continuing with it with no regard for Sadie or himself,he banded with Sadie to stop the craziness.
Something that Jessica said during the second half of the book really stuck with me.
“Trust me,the more you get to know these people,the more you realize that they’re really not untouchable at all. They’re just as screwed up as the rest of us-they just have better costumes to wear” -Jessica
This book was awesome. It was a struggle to put it down at night as I always wanted to find out what happened next.The pacing was great,the editing and grammar could use a little work but the book itself does not come out until December so many of the capitalization and punctuation issues will be fixed I’m sure.It was creepy and thrilling and so many questions were not answered until the very end of the book which I really liked.
So this book is getting 5 stars from me. If you like YA thriller type books,then you definitely need to give this book a try. With that, I will leave you with one final quote from the book.
“Don’t let them take you into the basement.”