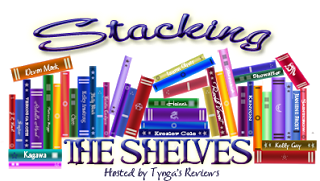 This feature is hosted byTynga’s Reviews.


This week was a great one. I ended up getting more books than I thought I would but I did get access to one e-ARC that I am so super excited about. It was one that I didn’t think I would get but NetGalley opened it up for a limited time last Sunday so I jumped on it. Then a few days later, I got an email that another highly sought after book was available to “read now” so you better believe I jumped on that one. A third NetGalley book that I got doesn’t even release until October so I have LOADS of time to read that one.
A book that I had won from EpicReads a few weeks ago also came in. It was a surprise book as I had won one of the Dark Days Tour books, but I didn’t know which one until I got it. Of course now I have to read Veronica Rossi’s series (I was going to anyway) cannot wait to read that series.

Second Star by Alyssa B. Sheinmel
A Hole In My Heart by Rie Charles
Attachments by Rainbow Rowell

Be sure to let me know if you’ve read any of these or if you are planning to. Also make sure you leave me the links to your Stacking the Shelves vlogs/posts.

3 thoughts on “Stacking the Shelves #34”